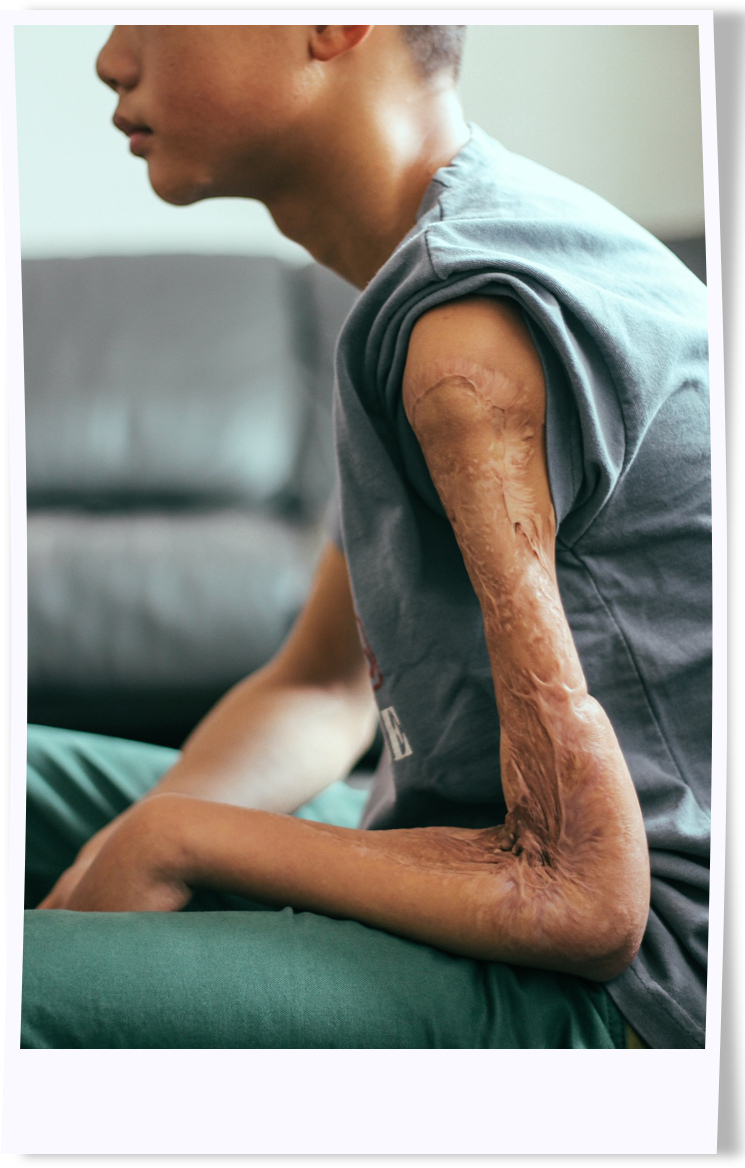 The earthquake had brought Xiao Yu massive pain and suffering. He also experienced the aftermath of the tragedy and the heart-breaking memories for years.  So no wonder he asked his doctor for minimal surgical treatment here. To respect the boy’s choice, the treatment plan was shortened to two phases. In the initial phase in late 2013, the scar tissue was excised by surgery. Besides a transfer from thigh free flap to the wound at elbow released the elbow contracture. Xiao Yu’s elbow improved to 80° to 130° after the surgery. He could bend his arm and put his hand into his pocket. We would have thought it just a small improvement but the boy was very thrilled already.

Xiao Yu would be expected to return to Hong Kong two years after to receive the second phase of the treatment. The doctor will fuse the wrist joint and transfer tendons in order to augment his fingers and wrist extension. The surgery can restore some lost function of the boy’s left hand. We hope that he can manage more daily activities through the coming medical remedies.

Xiao Yu was one of the fortunate survivors from the devastating Sichuan earthquake in 2008, except that his left upper limb was seriously injured. He received surgeries in China with repeated debridement, which is to remove dead tissue from the wound. Due to the severity of the injury, the young boy had undergone several skin graft surgeries as well. His healthy skin from one area of the body was transplanted to the area where the skin has been severely damaged. We can see from the photos that Xiao Yu’s upper arm was full of hard and lumpy scar tissue. All these treatments on his wound in China left him with some residual deformities that required more advanced surgeries.

With the sponsorship from SRDC, Xiao Yu was arranged to DKCH for assessment in October 2013. First of all, the trauma had damaged the radial nerve, or known as radial nerve palsy. He could not extend his wrist and fingers nor straighten his arm. With the wrist drop condition, the poor boy was unable to perform the small, precise movements of the hand needed for daily tasks. In addition, his elbow motion was reduced to a very narrow range. This is called the severe flexion contracture which he could bend his elbow from 110° to 130° only. Compared to a normal person with the range from 30° to 130°, we can imagine how his daily activities were affected. 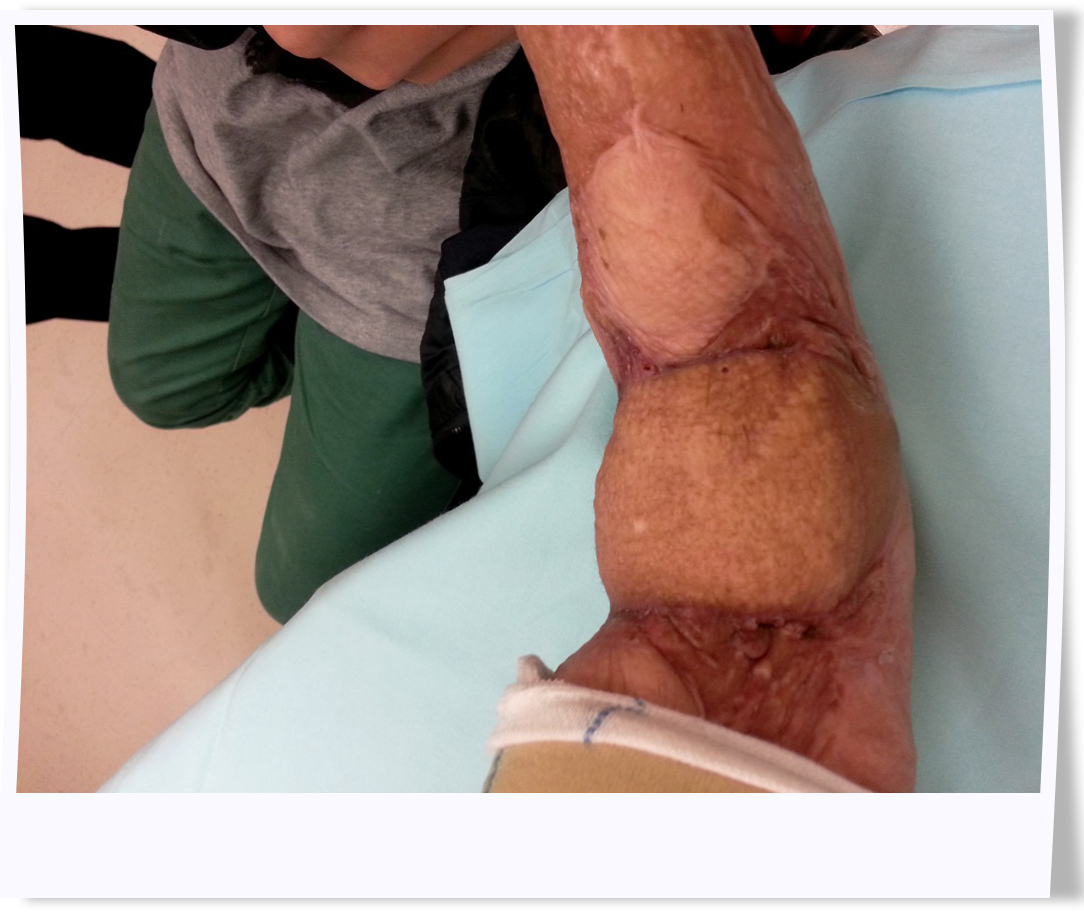